The Berlin Wall before The Fall. East German border guard patrols the area between the wall separating the two sides 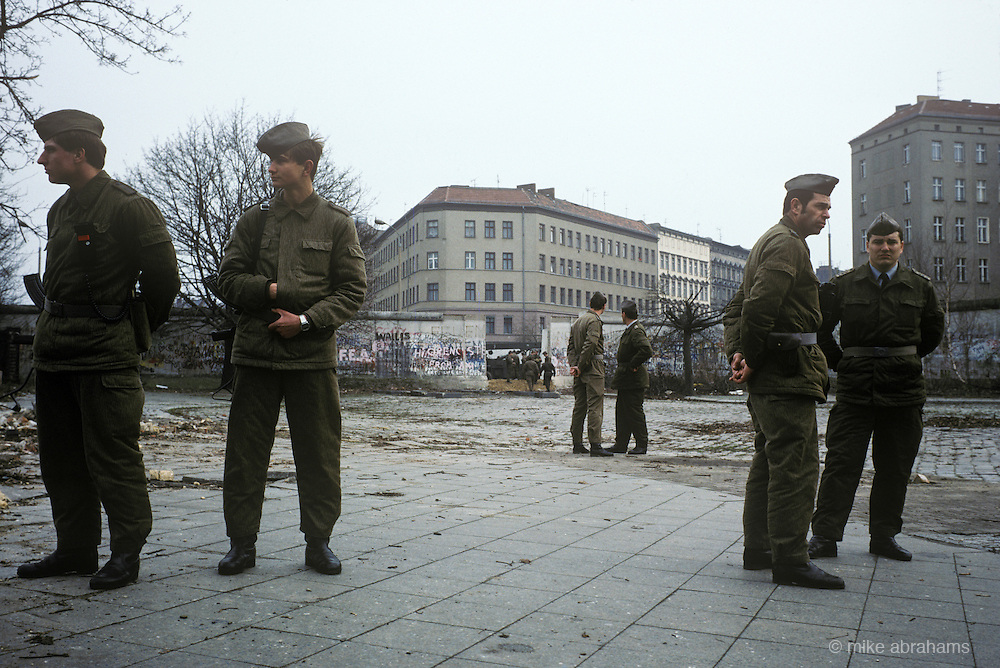