The Berlin Wall before The Fall. Cycling past the graffiti covered wall at Potsdamer Place, pre-unification. 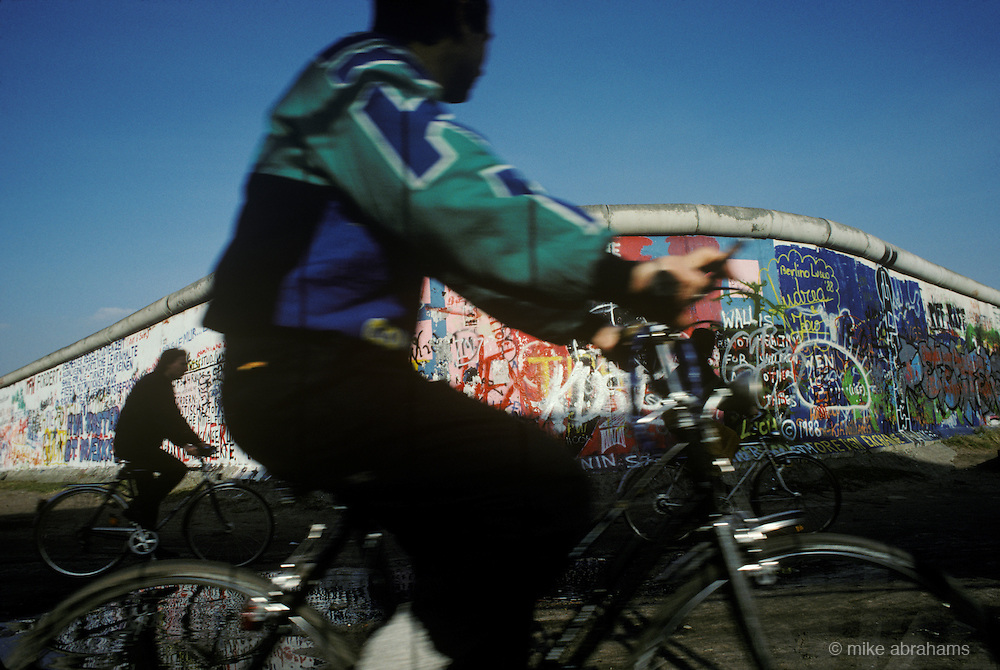